Hi, I'd like to welcome you to another episode of Yo Soy. We could be found at majordomolist.com and make sure to join us and buy our products so that we can prosper and have more money to share our thoughts and ideas and do more productions. We are based out of Mexico city and, we do have a guest host, who also works with me.

Unfortunately, he's out. And I wanted to discuss a little bit subject matter. That's been happening on social media lately called gentrification in Mexico city. The reason I wanna bring this subject up is because I find that in reality, it's really not happening in Mexico city, as people are describing it.

In conclusion, what I really discovered was happening in Portland was not gentrification. What was happening was a business people trying to figure out what to do with their investments and how to move forward and the perception in the gay community that they had no choices or alternatives to move.

Luckily in that committee, the one of the steering committee members became the mayor, that also became the governor and also during the time. So it was great working with the great team discussing this issue. Now, living in Mexico city, I'm finding the gentrification issues squander up again, and I'm really fascinated by it this time, as I'm looking at it from a different.

I'm not looking at it, just from a lens of what I think I'm looking at it from what I saw in the past and how I'm seeing it happening today. What I'm seeing happening today in Mexico city is quite different than what I would call gentrification. What we do is we have a lot of people coming from the United States, different parts of country coming to, to immigrate, to United, to Mexico.

And whether they're using the nomad laws or they're different other things, it is all the same as far as their concerned in the Mexican. Mexico people who are, living in Mexico, they're frustrated, especially the younger generation 20 to 35 year olds, because their housing is just out of control. It's out of control because this current mayor Claudia shine bomb, who is a globalist, who was part of the UN, who went to USC, who came from a very wealthy family, who actually is married to a person that they say is actually quite.

As a politician. And what happens here is we have a dynamic where housing is allowed to be happened in Mexico city. Gentrification is happening because those housings people can't afford. So think about that for a second. The reason why these new housing developments are happening in Mexico city is to bring money into the economy.

Because those housing that are coming into Mexico city are not afforded by everybody clearly. And families aren't coming into Mexico city. City's just investors. People wanted to use it for Airbnb and because they're nice units, et cetera. for example, let me give you an example. I actually live in a very nice complex.

It's a urbanized component. It's right near porta. It's in downtown Mexico city in the historical district. And us, honestly, nobody can really afford here, of the people that actually live in Mexico city. But why is this a gentrification coming up? Gentrification's coming up because it really is a PO an issue.

Where politicians are allowing this to happen. So their benefit, for example, they're allowing developers to come in. They're allowing them to build buildings that people in Mexico can't afford, but outsiders can. So that increases the rents for their profit, but does nothing for the community in Portland, Oregon, actually, there was a lot of programs in which actually a developer has.

include in their project so much low income housing. For example, if a unit has 20 units, five of those units have to also include low income housing. This is actually a positive direction to take in an attitude to take of when they're developing projects, because that only helps the local community as well as bring much needed housing in a more infrastructure driven.

Stronger driven environment. And this is a solution that would help gentrification. Unfortunately, what we're seeing happening now is the politicians of Mexico city, especially the liberal ones like shine bomb who have globalist ideas. They're trying to, in one hand stroke, the environment that they're creating growth in the city and the other hand, make sure that the city's people are not happy so that they feel like the newcomers coming into the Mexico.

Will never be adopted or accepted. And that's why you right now in social media, a lot of younger Mexicans who are coming of age, who are complaining about gentrification. When in fact the gentrification was actually began nurtured and has continued through the policies of a failed politician in Claudia Chinebomb, Claudia of course came from UN background. She actually went to USC. She got her degree in UNAM and she came from a wealthy family who immigrated here at some point in the future and things have changed and they have literally tried to become the first family of their type to move into Mexico and actually become president as she, as well as trying to become the first president woman.

And the sexuality means nothing to me as a person. And more importantly, talent is what matters. In this case, we have a mayor who's come here and I was shocked a year ago and had a woman's March that they actually spray painted the museum of tolerance with all those woman things that were very derogatory.

And I was shocked because Claudia, as a woman lived person allowed this to happen, especially part of a Jewish historical monument. That's just a co a couple feet away from my a. And to see all the spray paintings on the wall really angered me and made me realize that she has no gumption even of her historical past, and why her parents or her grandparents moved here to begin with.

So with that, once again, it made me start doing bigger research and I start realizing, that she is not part of what I would want miss go to be in this future only because she is of the past and the bad past. so I wanna talk about gentrification. The reason why I wanted to talk about gentrification is to understand what's happening in Mexico city today, the benefits of Americans or Europeans, or whoever's coming to bring their ideas, their thoughts, their culture into Mexico city, as well as Cher and love the culture of Mexico city.

As it, it has over 500 years of history is phenomen. of course I like the not urban areas that I even the building I live in is too modern for me. And I'm searching and searching, trying to find housing so I can move into a more traditional type of housing location. But I realize that the issue here is not that is that the government, which actually controls most housing in Mexico or all of Mexico for that matter is actually contriving for the highest bidder.

Commercial kind of people in the United States or otherwise, so they can make money in their pocket and not build the infrastructure of Mexico itself. Let me give you that example. That example is right now, currently, the mayor has built a line, one of the train, which I take off often and that train has now been pushed back.

Not one. I doubt if ever, because they didn't take the train before and now that they have a nice brainy shine, shine bomb, red train does mean that now people are gonna start taking it from that. It'll be the workers that use that train and relied on that train to go to work every day, maybe to commute, take their families to port and park or going to the historical district to share in the

None of that will change because if it's an old train or new train, the train, wasn't a problem. In fact, there was a train for a problem. Several years, back, least the construction was faulty, a fast track that caused all these. What I'm really seeing is ch bomb is creating the same disaster that she was in charge of before. People say, she wasn't there when it began. It doesn't matter. She's the mayor, she's in charge of it now. And now she's starting a new project. That's fast tracked to do a seven month project to bring a new train into Mexico city that's of the Chinese brand. At the same token, there's nothing from Mexico city.

meaning it does nothing to help the poor people. It does nothing to help the infrastructure where that money could have been used on education. That money can had been used to improve the water capacity in Mexico, as well as the usage and of safe water to drink on a daily basis. None of these things were done, but it could have been done because that shows you their idea, that if we put a shiny package on a present.

that it's still not a good present, but it appears to be. And that is the main way that these politicians think let's put something shiny and give the people cold and they'll be happy. I do believe that certain debate that we're having with social media today. Gentrification in Mexico city is really truly a way to divide the young people to not to accept the growth that's happening in Mexico city.

That can be positive if done correctly, but instead, because it's being done incorrectly, the politicians are just throwing confusion everywhere. So that way they can try to win an argument because they're the people of power and they manipulate the votes as it. So I really want to talk about gentrification.

And I'm saying that Mexico city does not having a me gentrification problem. It is having identity pro problem, because the reality is the young generation is aware because of social media and because of digital world we live in today. And that they're being confused on purpose of the, they would make bad decisions about looking at what the problem is.

And the problem is the corruption in the shine bombs and those kind of politicians who are selling. Bill of goods that truly isn't for the people it's for their wealth, their pockets, and to try to gain power, which they don't deserve. They deserve it if they can fix everybody to do bad things, huh. Which is not to think clearly you can reach us@majordomolist.com. We can also find us on TikTok at overt O V the number three underscore TikTok. And of course you can find. here today, any day during our podcast, just make sure to check it up and see if the new podcast make sure to subscribe. You can go to major Domo list.com and you lose a subscription button.

Please click on that, subscribe to us, or if you'd like to subscribe us on TikTok on Instagram, another social media that we've presented. So thank you very much for another podcast. This podcast about gentrification and the truth of it, opposed to the lie in Mexico city. Thank you. Have a great day. 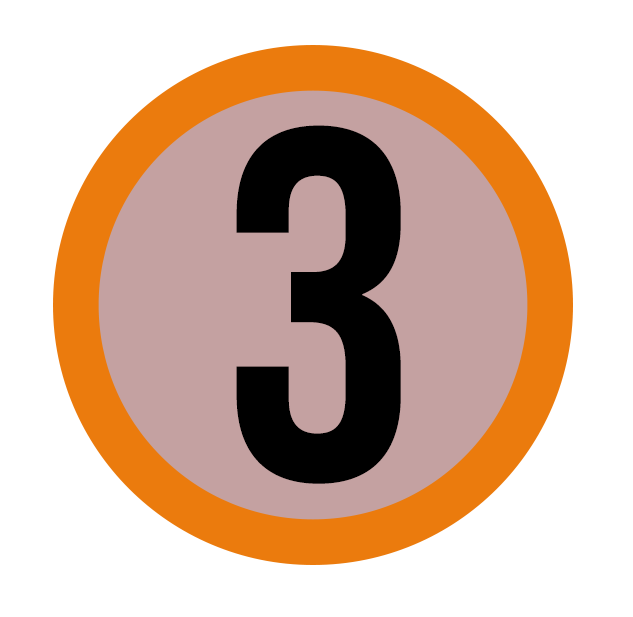