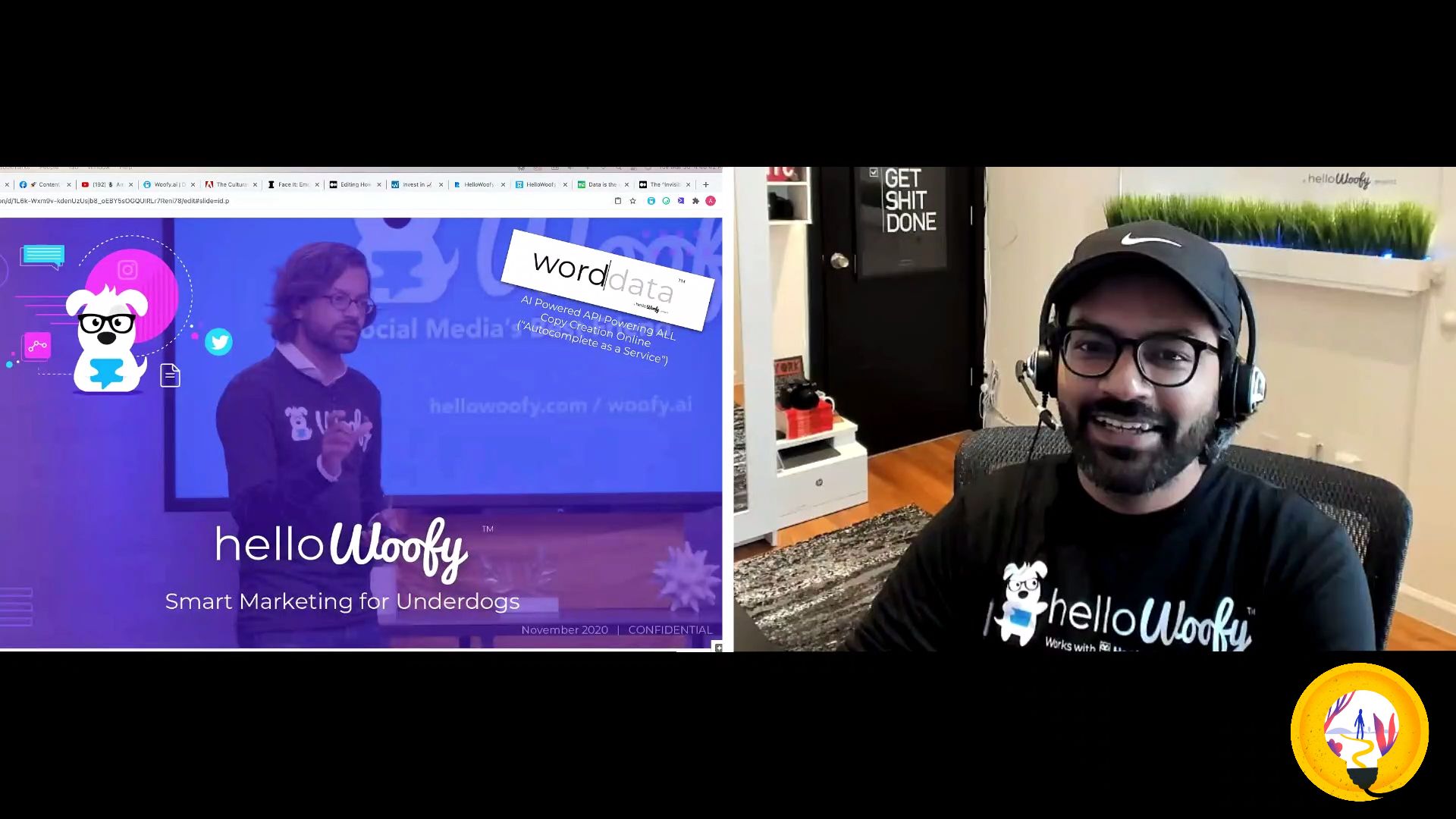 So obviously we talk about, you know, smart marking for underdogs, but like I said earlier in the show we've raised about $564,000 in equity crowdfunding between two campaigns. We were on a TV show as well, who the campaign had a partnership with called 'Meet The Drapers', by billionaire investor, Tim Draper.

We won his TV show in the finals and he invested three times in the company. And then the last couple of weeks, we've been able to raise about $163,000. And again, anyone can invest as low as a hundred dollars. And so for any founder, that's looking at this right now, it's a great approach that the United States has called equity crowdfunding, where you can set up a campaign.

That's on the equity crowdfunding side of things, how to raise capital. The other thing I was going to mention is this is kind of how we've done our data science approach. You know, we've literally mapped the entire dictionary to figure out exactly which words, you know, I love my dogs and my coffee, for example, automatically complete the sentence there.

But the idea is it's now giving you the ability to see Based on the data science, what tends to be used at one another so that you're not winging it. You're actually making a data-driven approach to seeing which emojis, which hashtags, which words tend to be used with one another. And we actually took this one step further.

We were like, why don't we tell small businesses, actually which emojis are being used around the world. So we were talking about real-time data. You can actually see in real-time data based on the emojis, what is popular, what is not popular and accordingly decide what you want to use. And then at the end of the day, as soon as you go ahead and audit complete the words and sentences, it will actually suggest more words for you.

Of course, we'd love you. And my coffee it'll automatically complete the sentence for me. Give me a, you know, emoji recommendations below as well. And then if I click on the purple dot it'll find images for me that are relevant to what I typed about. For example, coffee. And it'll give you hashtags for that.

So anyway, that's the capability that we built right in. And then the last thing I'll show you, which is the smart speaker scheduler. You'll see a whole bunch of icons here. Obviously going from the home screen of the Fire TV to the Echo Skill and imagine having the Tania startups skill, right.

So now any small business owner can reach their customers right in their living room for five bucks a month. And so that's kind of the approach we've taken.