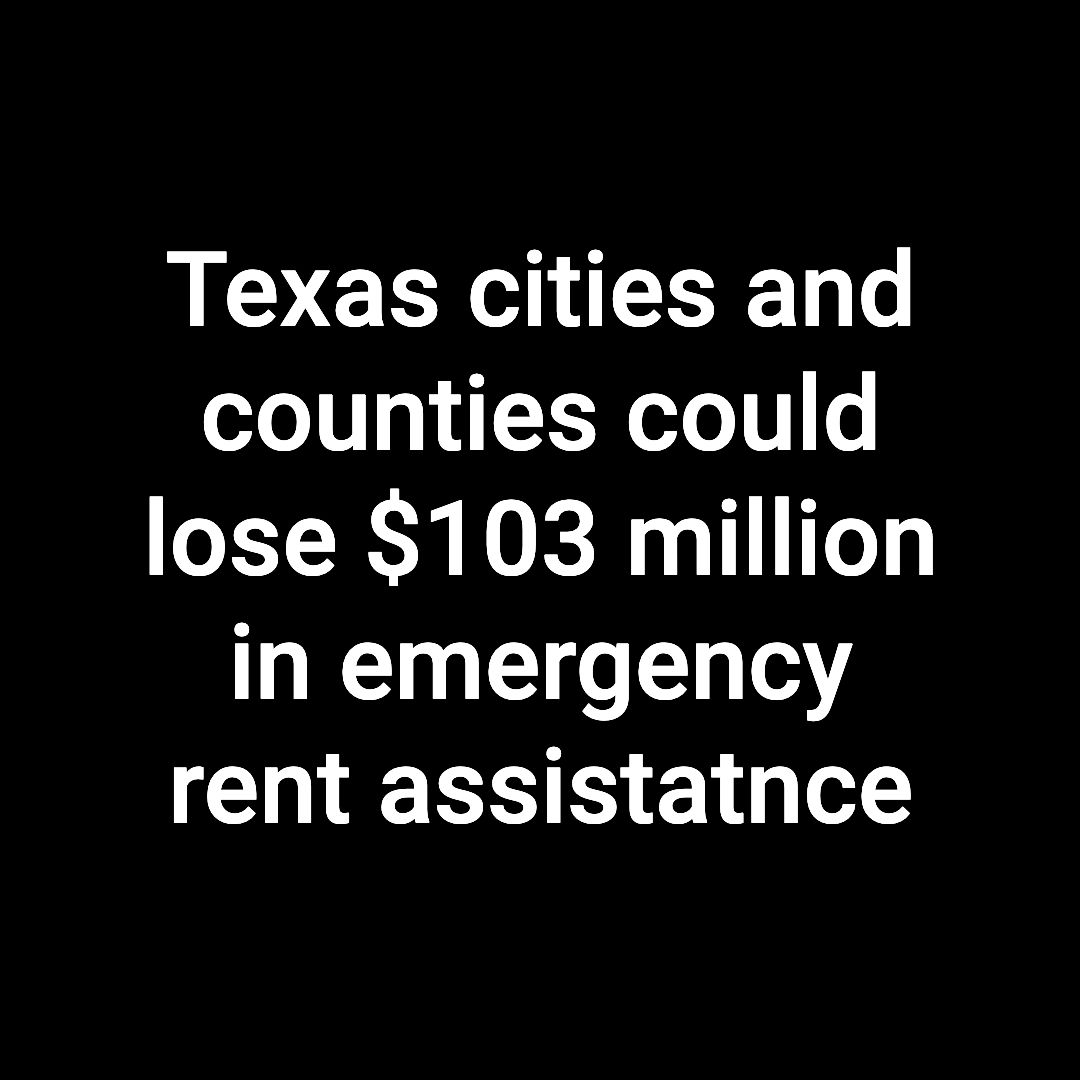 I'm John Henneberger and I'm joined by Ben Martin, senior researcher at Texas Housers. As Texas' leading affordable housing policy and advocacy organization, Texas Housers is now notifying elected officials, the news media and the public that our state faces imminent danger of losing up to $103 million in federal rent assistance intended for families at risk of eviction. Citizens of certain Texas counties and cities should contact their elected officials immediately to demand that they take the steps necessary to save these funds. The media should report on this issue and government officials in these cities and counties should take immediate action to see that the funds they are entrusted with are protected and available to people to help pay their rent in this pandemic.

is our estimate of the Texas cities and counties that may be losing funds for rent assistance because they're being distributed on a local basis to slowly. These estimates are based on the data these government bodies have provided us, and these estimates should be verified locally.

Today we're issuing this warning that these Texas cities and counties appear, based on the data that they've provided to us and to the Treasury Department, appear to be within 30 days of losing $103 million in emergency rental assistance through involuntary recapture. The Treasury guidelines say that if these funds are not spent by March 31st, Treasury will take the money from these jurisdictions and give the funds to other jurisdictions that have shown the capacity to spend the rental assistance.

the places that get these unspent reallocated, Texas funds may include other states. At that point, we will have no control whether the funds stay in Texas or not. Instead of waiting until the Treasury involuntarily recaptures, those funds, these cities and counties should elect to voluntarily transfer any money that they will not spend by the end of March to TDHCA to keep these funds in the state of Texas.

There can be no excuse to losing this money due to inaction by local governments. Texas housers calls on the local news media to investigate what is happening in these communities and inform the citizens if they're elected officials are in danger, or if they lose these funds because their government has failed to act responsibly in the administration of these federal funds. Texas housers will be working hard to shine a light on and hold accountable any city or county that involuntarily loses money intended to help Texans to pay their rent during this pandemic.