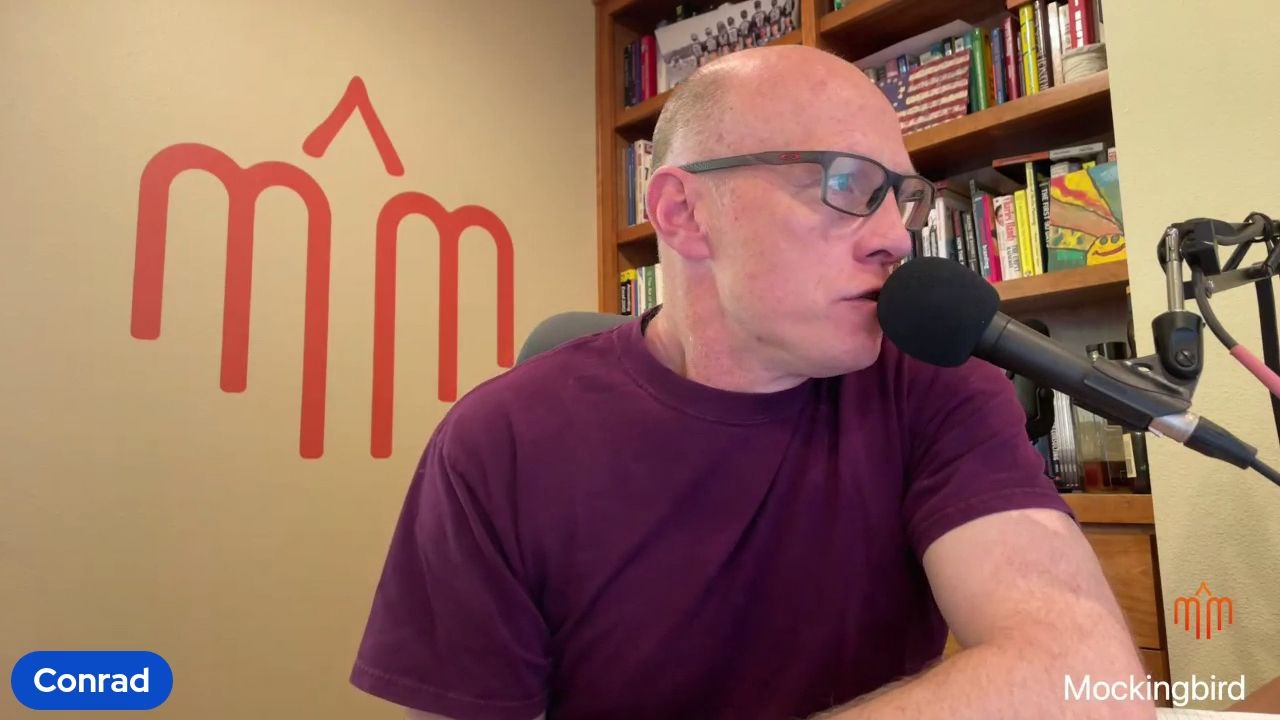 Yesterday was juneteenth. And I took the day off. My whole agency took the, but I did take at the beginning of the day, a moment to talk about what we were doing for Juneteenth and how we'd made that our holiday, and in doing so I ran across a post from AVO and I thought, wow, haven't heard from these guys for a while.

nice to know there's still in the game. Let's see what's going on. And so I click through and I ended up on a post here from AVO. That was kind of fascinating. This is the post and it's by from Suki Juwan, and it reads, check this out specifically across oers.com and Martindale. Over 1.8 million people have come to our attorney profile pages, directory pages, and content pages from June, 2021 to May, 2022, 1.8 million. I was like, What is going on here that is tiny, tiny traffic. And so I ended up digging deeper into why they were talking about one. I mean, that would be a spectacular cratering. It turns out it's not 1.8 million people coming to attorney profile pages. This is unfortunately them conflating the page count page views, which is 1.8 million down here on these specific topics with.

Sessions or even users. And so there's poor counting here. But it did make me wonder what's going on with AVO and how have they done as Google has changed the se. So I went back and looked for numbers historically because, I got my, my start in the legal marketing industry, running ABOs, SEO, and.

So I'm curious, curious to see where things have gone. So I did a little digging and I found this is a presentation I gave to PIL LMA back in 2011. And this is when you know, Ava was on an upswing was doing fairly well. But I quoted here 2.5 million monthly visits to AVO, right? So back in 2011, we're looking at two and a half million.

Monthly visits to AVO. And so I've now done some more research to try and benchmark where they are over time. And I found the internet brands to acquire AVO. This was their 2018 announcement. Went out on the on PR Y and. Back in. So in 2018, four years ago, this is not that long ago, right?

They were quoting AVOs doing the brand attracts more than a hundred million annual visits to its name, say website. Okay. So that's a hundred million divided that by 12 year, you're talking about roughly 8 million sessions monthly to a. Okay that. So that's reasonable growth from 2.5 in 2011 to seven years later, we're doing eight.

Okay. The other really interesting salient point here is more than 300,000 attorneys are active AVO users. Now this is. Kind of venture capital driven PR speak. And so there's a degree of puffy in all of this stuff. So what is an active AVO user? I suspect that probably means a claimed profile.

I don't know exactly what they were. They meant by an active AVO user, but 300,000 attorneys are active with auto, which is not, 30% of the market. It's not insignificant. That's January of 2018 in October of 2018. There's another. Press release coming out of internet brands in the combination of Martindale and AVO as the new brand.

So it's now not no longer AVO it's Martindale AVO. And so the data point here is the world's largest marketing legal marketing network with 25 million. Monthly visitors. Okay. So what does 25 million monthly visitors mean? And who is it from if you scroll down here? You'll see that they're talking about lawyers.com, Nolo AVO attorneys.com, ALA, and a whole bunch of other like smaller brands here.

If you were to estimate AVO representing roughly one third of that traffic, which might be a little bit optimistic, but call it one third. That again, gets you to about 8 million monthly sessions. So that's what this looks like in 2018. What? Okay, so big numbers. But what led me to the aha moment was when I was trying to figure out who at AVO was mistaking page views for sessions and who and then quoting this 1.8.

And so the 1.8 million here is actual page views for these specific Pieces of content. And so it's not really sessions. So I was trying to figure out what are they actually doing right now? And who conflated these two concepts of pages and sessions, and it's this guy, Suki Shawanda, who is the chief executive of Martindale, Hubble, and AVO, which is weird that he would conflate those two numbers in a written document.

But let that be what it is. So I looked him up on on LinkedIn. This is really telling here. And this is where there's a massive change that I find really dramatic 10 million consumers visiting avo.com, lawyers.com and Martin Dell every month. So we've gone from a hundred, sorry, 25 million to 10, and we've now dropped from 300,000 active attorneys do tens of thousands attorneys.

It's been a dramatic decline. Now, there are a couple things that have happened in the interim. Number one, 2018, there was a core algo update. And actually you've already seen this in the links below. If you're looking at the Facebook stream here Gyi Tsakalakis has posted the traffic and you can see that they got hit in 2018, or it looks like they got hit in 2018 with that core algo update and have never really recovered.

I think Gyi and I have recorded on this at lunch hour legal marketing in the past, a couple other things have happened. It's gotten more competitive. It's just gotten that much more competitive and. The other part of this is the se continue to adjust away from SEO traffic, which I personally find annoying.

I really wish this was more SEO driven, but the predominance of traffic used to go back in, back in the days at AVVO it, when I was there, it used to be like, organic was up at the top. And ads were down at the bottom if they're at all. And then they moved to the right round. So there's a whole bunch of different things that are taking away from SEO traffic, which is making it really difficult for the directories to participate in because they can't show up in local.

They can't show up in the local service ads. And so that makes it really, really difficult. And to arbitrage on the advertising side, they basically have to be massively overcharging their clients in order to play in the advertising game. So it has become a little bit different, the little bit more difficult.

And I will see you tomorrow. Be well.