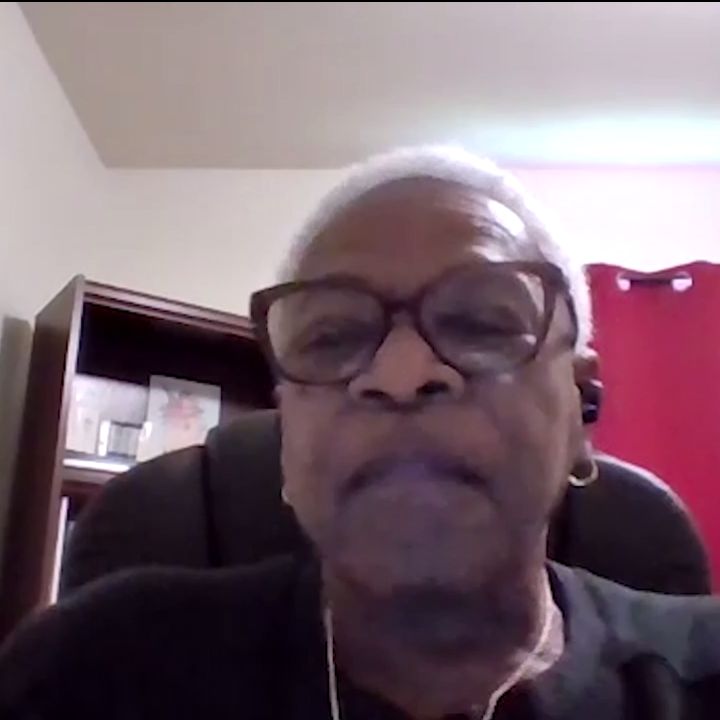 My name is Doris Brown and I'm a co-founder of the Northeast Action Collective, NAC for short, and on June the 25th of 2021 our grassroots groups along with Texas houses, filed a Title VI against the General Land Office. We filed this because of the historic discrimination of Black and Brown communities.

We have flooded, our communities have flooded and we still are at risk. No one seems to address this and this has become a growing concern in the Black and Brown communities. We found out that we do not recover at the same rate as other communities and this is kind of distressing because this other quality of life has been changed.

We no longer are able to walk out our houses when we have... and it does not need to be a flood or hurricane or anything serious like that. It could just be a hard rain. And we were just, we were just fed up with it. We wanted it addressed and we want it addressed directly. We want it to stop flooding.

Our children want to be able to not walk in stagnant water, trying to catch the bus. Our seniors didn't want to continue let their lift rides go because they weren't able to get to their buses.

On March the fourth, we received a ruling, sustaining our allegations of racial discrimination by the State of Texas General Land Office and directed the GLO to remedy unlawful actions,,, historic unlawful actions.

So in other words, HUD found the GLO guilty of discrimination against Black and Brown communities.

It found that we're steadly being discriminated on the basis of our race and our color. It just, it just begs them, the fact that we have historically been disinvested in our communities and neighborhoods. Even though we are grassroots groups, we feel justified by the findings of HUD.

Texas Housers raised the objection to aspects of the plan for administering the program GLO developed in 2020, GLO announced the allocations in 2021, and it was discriminating against Black and Brown communities. So Texas Housers, along with the Northeast Action Collective clearly objected to it and we pointed out clearly pointed out discriminatory criteria in the process.

With the HUD new findings we are in hopes that we can get this problem solved. We can get this discrimination put behind us. We can get our neighborhood infrastructure abated so that we will not have to flood. We are tired of flooding.

This is historic in itself moment for us because we have been fighting this fight for over four years and we are just... we just realized that we're just not going to stop until something good happens in our neighborhoods, until our kids don't have to walk through water.

We have been raised in this fight for change.

We want equity in our neighborhoods. We want to be not thought of as expendable neighborhoods anymore and we are proud and glad for this ruling because it shines a light in a dark place, the historic disinvestment of Black and Brown communities.